This land was made for you and me!

Patriotism is a Verb.

As we approach the 10th anniversary of the September 11th attacks on the United States, I consider deeply the question: What is patriotism? I consider what it means to be a patriot in my own time and on my own terms. I consider the comingling of religious and political ideas that try to define for us all what a patriot is, sometimes in narrow ideological terms. I wonder about the distinctions between patriotism and nationalism. Where does healthy pride in ones nation end and harmful belief in ones supremacy over others begin?

My current consideration of patriotism began with an amazing call I received this past spring. It was from the public affairs officer for the U.S. Embassy in Barbados, one Mr. Joseph Schaller. He wanted to know if I would like to come to the Caribbean for a concert tour, in support of the U.S. diplomatic mission? Thanks to Mr. Schaller and Mr. Bernie Link (the head of the U.S. mission to Grenada) I had a chance to really consider the question of patriotism, and to determine for myself that I am a patriot. But I am getting ahead of myself. 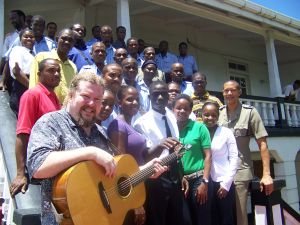 On the night of June 23rd, I left Seattle for a 12-day concert tour in the Caribbean. The tour spanned numerous cities in four Caribbean Nations, and Puerto Rico. I have never slept so little since college. But the experience was AMAZING! I met some of the finest people you’ll ever want to meet, and had the distinct privilege of serving my country and representing another face of “America.”

It was on the first morning of performances in Antigua that I had to confront the question of Patriotism. I was giving a live performance and interview on a national broadcast. After hearing some of my songs, and some of the American folk songs I was singing, the DJ said, “You sing of the beauty of your people! You sound like a patriot. Do you call yourself a patriot?”

I considered my situation. Here in this place, as a guest of my government, as a representative of my nation on foreign soil. Time continued to accordion outward. Minutes worth of thoughts happening in fractions of a second.

I looked back at the DJ. I swallowed, I thought about all the mass media arguments at home. The liberals and conservatives. The Democrats and Republicans. The progressives and tea partiers. The soccer moms and the stay at home dads. The proposition 8 supporters and those who would love to see all loving people have a chance to get married. The people who would like to build a massive wall all around the USA, and those that would like to open the doors to all immigration. Those that fear change, and those that believe that it is the only way to remain strong and viable in a new world. A world that is new and different every day.

DO I have a right to claim patriotism as my own? I who spend so much time criticizing the way things are, holding out a vision of how they could be. Can I wear this mantle of patriotism with sincerity and authenticity? Can I claim the identity of a patriot and not be a hypocrite in doing so?
And then I took a breath and I said to the DJ, “YES! I AM A PATRIOT!”

And I meant it. 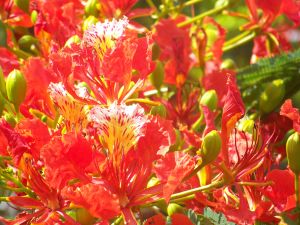 This is exactly why the U.S. Government brings people like me to places like this. I represent another facet on the stone of the U.S.A. The music I write and the folk songs I carry forward, all speak of another “America.” A land where we can disagree and our democracy is still strong. A land where we are not weakened by our differences, but rather we are made stronger. An America where the civil, and not so civil discourse can lead us to solutions we had not previously envisioned. And where we can sleep soundly in our beds knowing that the rule of law is in general, the rule. That as the Rev. Dr. Martin Luther King Jr. once said, “The arc of history is long, but it bends toward justice.”

“My country ‘tis of the, sweet land of liberty, of the I sing!”

That night, I sang for the Governor General of Antigua, the Minister and deputy Minister of culture for Antigua, and for several U.S. Airmen stationed at the U.S. air base in Antigua. I have never taken more pride in singing the U.S. National Anthem. The evening began with a local singer who led the national anthem of Antigua, and then I sang the U.S. National Anthem. And for the first time, I sang that song with sincerity.

I have always seen the “Star Spangled Banner” as meaningless bit of jingoistic candy. More pomp than the circumstance usually calls for. But on that blistering night in June, in the island nation of Antigua, I felt a kind of pride in my nation I have never before felt. I was proud to represent my nation to these people. These kind people who have had their own democratic self-rule for less that four decades, need to trust that democracy can survive disagreements. That freedom of the press is a two way street.

As I sang the words of Francis Scott Key that night in Antigua, I was born anew as a citizen of the United States. I was born again into a new sense of patriotism. Not a kind of patriotism that says there is only one right way. But a kind of patriotism that marvels at the wonder of the land I come from. I marvel that an artist so openly critical of the nation I call home can be welcomed by that very nation as one of it’s representatives on foreign soil. I marvel at the freedoms we so readily take for grated. I marvel at the heroes unsung who gave their lives on a battlefield, in a mineshaft, or inside an office tower crumbling in flames, falling to the streets of Manhattan.

I consider with awe the many moments in our nations history when we might have slipped into a dark night of totalitarian rule. Times when the gentle flame of democratic rule might have been extinguished. I marvel at the checks and balances in the branches of government and in the constitution, in the bill of rights and in the amendments to the constitution that guarantee year after year that the flame of democracy will have a fighting chance.

Our nation is not perfect. We live in an imperfect world. And yet one can be a patriot and still work for the betterment of that self same system.

I submit to you that patriotism is not just a noun. It is and must be a verb. It must be a coat we put on when we are ready to go to work. It must be the work shirt we wear as we roll up our sleeves and get to the business of continuing to build the dream the founders drafted for us, the dream Rev. King spoke of so eloquently. And we must endeavor not to allow others to define for us what patriotism means. But rather to get to know our homeland well enough to learn for our selves what it means.

JFK was spot on when he said, “Ask not what your country can do for you, but rather, what you can do for your country.” AMEN. However small an action, it can be an act of patriotism, an act of celebrating the beauty of the people and the spirit of a land, and a vision for tomorrow. Patriotism does not mean conservative. Patriotism does not mean liberal. Patriotism means taking personal responsibility for the society in which we live. Owning it, and working to make it better. Better as we understand it, and to the best of our abilities.

We will never all agree on what IS better. But if we all work at it in some way, if we all pay attention and care enough to contribute, then we ARE patriots.  If we think enough to consider for ourselves what that word means, and what obligations come with citizenship, than we are patriots. 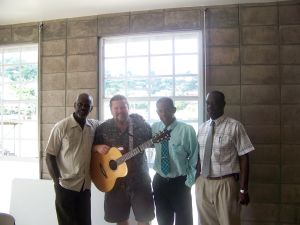 I will never again hesitate when asked if I am a patriot. I allowed others to define that word for me for years. I allowed people whose views are different from my own, to instill in me the idea that I was NOT a patriot, because I did not agree with them. But I AM a patriot. And I bet you are too!

As Phil Ochs once said so eloquently:
Here is a land full of power and glory
Beauty that words cannot recall
But her power shall rest on the strength of her freedom
Her glory shall rest on us all

Indeed her glory does rest on us all. As does the responsibility to help this land live up to the dreams of her great daughters and sons. 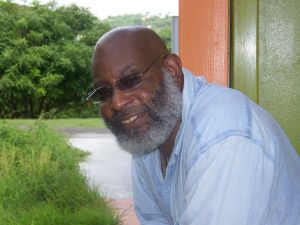 SO as the September 11th memorials pour forth, as media conglomerates vie for your attention and they try to elicit specific emotional responses from you, please hit the pause button. Whatever your views may be on those events 10 years ago, or the events of today, please just pause. Breathe. Remember. Consider. Be a patriot on your own terms. And don’t let anyone ever take that away from you. 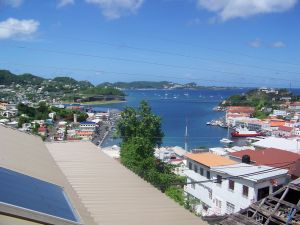 In closing, I quote one of the finest patriots this land has ever known, Mr. Woody Guthrie:

This land is your land
This land is my land
From California to the New York Island
From the Redwood forest
To the gulf-stream waters
This land was made for you and me!

May it ever be so! 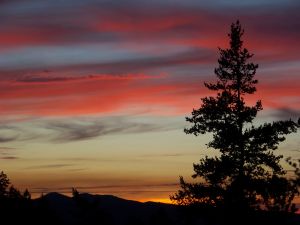