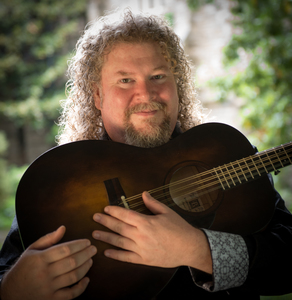 “If one can master a craft after investing 10,000 hours, Joe Jencks’ hours are showing! I am literally stunned by this new album. Poets, Philosopher, Workers & Wanders tells our stories, his story, and the untold stories, as an American folk master can - with heart and unfettered perfection. Add this one to the folk canon! ” - MarySue Twohy – The Village, SIRIUS XM Radio

Joe Jencks is an 22-year veteran of the international folk circuit, an award-winning songwriter, and celebrated vocalist based in Chicago. Merging conservatory training with his Irish roots and working-class upbringing, Joe delivers engaged musical narratives filled with heart, soul, groove and grit. Having penned several #1 Folksongs including the ever-relevant Lady of The Harbor, Jencks is also co-founder of the harmony trio, Brother Sun. From Festivals like Falcon Ridge, Kerrville, Mariposa, and Old Songs, to venues like Lincoln Center and Carnegie Hall, Jencks has enthralled diverse audiences with his approachable style. Joe is noted for his unique merging of musical beauty, social consciousness, and spiritual exploration. Blending well-crafted instrumentals and vivid songwriting, Jencks serves it all up with a lyric baritone voice that has the edgy richness of a good sea-salt caramel.

"Beyond the fine selection of songs and the talented team assembled in the studio, what really shines through on Joe Jencks' new album are his resonant, honey-rich voice, his open-hearted humanity, and his commitment to social justice. We need artists who inspire our better selves more than ever, don't we?"
- John Platt , Sunday Supper, WFUV, Bronx, NY

“Joe Jencks brings us moving and stunning songs of hope, redemption, connection and remembrance. Sung with passion and delivered in his rich tenor voice, the songs on Poets, Philosophers, Workers & Wanderers are a balm for the times.”
- Laurie DesJardins – KVMR, Nevada City, CA

“Climb inside the songs of Joe Jencks, and you meet real people. His lilting melodies and warm, caramel tenor draw us closer to the stories he tells. Jencks finds the humanness that binds us to the people in his songs!”
- Scott Alarik – Author of Revival and host of Folk Tales, WUMB, Boston, MA

“You can expect many a gifted artist to move you deeply, but Joe Jencks will change who you are.” - Angela Page – WJFF, Radio Catskill, Jefferson, NY

In addition to his performance work, Jencks' skills as a vocal harmony arranger are in demand. With over 30 appearances as a guest vocalist and arranger on various studio recordings, he brings a unique rich sound to the work of other artists.

On the stage, in the studio, or in the classroom, Jencks applies conservatory training to contemporary genres, bridging styles and techniques. Drawing on his Irish heritage (dual U.S./Irish Citizen), Jencks uses his lyrical voice to enchant, heal, and inspire. Jencks has won numerous songwriting awards and is also highly regarded as a song interpreter. Jencks weaves a diverse web of stories with brilliant musical skill, ensnaring even the most rigid of hearts, inviting them to open. His songs invite us to live inside of our passions and our beliefs.

In 2010, Jencks co-founded the dynamic harmony trio Brother Sun, with colleagues Greg Greenway and Pat Wictor. The trio performs widely throughout the United States and Canada. Brother Sun's 2016 release - "Weights & Wings" was the #1 CD for 2016 on the Folk DJ Chart, and 5 songs charted in the top 50 for the year - including Joe's composition, "Mary Don't You Weep & Moan" at #3 for the year! The trio's 2013 release "Some Part of The Truth," was #1 for 2013, and also took #1 song for 2013 with Joes composition: "Lady of The Harbor." Fusing, Folk, Roots, Blues, Pop, Jazz, Rock, and a cappella singing, Brother Sun is an explosion of musical diversity and harmony, in the finest of male singing traditions. For more information, please visit: www.brothersunmusic.com.

"In these times, we need the singers who will do the homework and tell the stories! Joe Jencks is among the fine next generation singers who are ready to carry on the tradition as well as look into the future" "Holly Near, Ukiah, CA

"The key to the future is people joining in. The music of Joe Jencks captures this essential spirit. Joe is a fantastic singer who carries on the traditions." -Pete Seeger

"Listen to Joe! A clear tenor voice; a heart that's in the right place, close to the skin; a sense of justice tempered by a sense of humor; and a CD that captures it all in rich tasty arrangements. How can you go wrong?"
•Charlie King, Songwriter and Performer, Shelburne Falls, MA

"The next time someone says that folk music has lost its conscience, lacks great protest songs, or has lost its connection with its causes, I will sit them down and play Joe Jencks' CD, I Hear Your Voice. Jencks sings with a superb tenor voice, and picks flashy guitar… that doesn't obscure the beauty of his voice or the words of his well-crafted songs." -Sing Out! Magazine, Rich Warren "Host of 'The Midnight Special' WFMT "FM Chicago, IL

"Joe Jencks is the type of musician that will cause you to drop that morning newspaper or pull your car to the side of the road when you hear his songs. He is the type of artist that will turn heads in his direction when he walks onto a stage. His voice will instantly draw you into his passionate songs. He is the type of musician whose music will become part of you. His craft and artistry will remind you of the best efforts of Phil Ochs, Stan Rogers, and Woody Guthrie. The troubadour tradition is alive and well in the 21st century with the music of Joe Jencks."
•Ron Olesko, WFDU "FM Teaneck, NJ

"I find that Joe embodies the spirit of Pete Seeger. In much the same way, Joe has his finger on the pulse of our grassroots social conscience, and passes it on for us to scrutinize. Every generation needs a voice for social justice and Joe Jencks is one of those very important voices." -Judy Matzen, Off the Square Concerts, Woodstock, IL

"Joe Jencks is one of the Northwest's best-not-kept secrets; a singer-songwriter with a warm, smooth, powerful voice, and memorable finely crafted songs that have something to say. He moves freely between the worlds of contemporary acoustic pop and traditional folk, alternating and combining them into a rich and satisfying musical mosaic!" "Richard Middleton, Victory Music Review, Seattle WA

Sharing The Stage With…