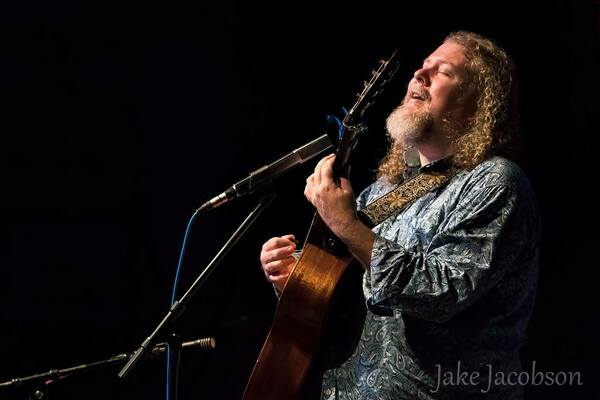 Greetings from the road! Tonight will be the premier of my new radio show on the Folk Music Notebook.

Celebrating music, art, culture, and community from the drivers seat.

Longtime friend and Folk-DJ Ron Olesko had the idea of starting an Internet Radio Station dedicated to the music and broad community that is Folk. The Folk Music Notebook is off to a great start and I am honored to be a regular contributor, starting tonight!

In honor of the Kerrville Folk Festival, tonight’s show will feature an interview with two extraordinary people, Vern Crawford and Lenore Langsdorf. They are remarkable volunteers, not just at Kerrville but in many other capacities within and outside of the world of folk music and singer songwriters. And our conversation will focus on volunteerism and the many components of good community.

I will also feature music from performers and recording artists whom I have had the privilege of getting to know over the years, through performing at the Kerrville Folk Festival. We’ll hear songs from: Louise Mosrie, Ken Gaines, Zoe Mulford, Karen Mal, Connor Garvey, Jack Hardy, The Malvinas, RJ Cowdry, and David Glaser.

On the performance side of things, this weekend (Saturday night) I am excited be performing for the amazing FolkNet community in Cleveland, OH. I will also be at the Gurler Folk Festival in DeKalb, Illinois (also featuring my sister Jen and nieces Nelle & Ellen as The Conley Trio). Later in June I will be attending and performing at the Great Labor Arts Exchange, in Silver Spring, MD.

In July I will be off to Ireland, and August will see me performing in IL, WI, MN, CO, NY, MA, CT and VT.

I hope to see you on the road!